Why should I remortgage? 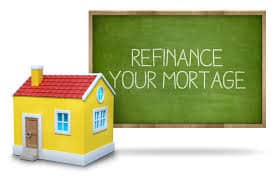 Remortgaging can mean switching to another mortgage with current bank or shifting your mortgage from one lender to another to get yourself a better deal. And you don’t even have to move house to do it.

There are many reasons why remortgaging could make sense for you but the main one is simple. Saving money. Big money.

For most people, their mortgage is their biggest financial commitment. And it follows that streamlining the largest debt can produce the largest saving. If you’re the kind of person who shops around to get the cheapest television or DVD player, then you’re missing a trick by not using the same skills to save money on your mortgage.

Once your introductory offer has ended, you’ll be on the lender’s Standard Variable Rate (SVR). However, it’s unlikely this will be the cheapest option, so it’s worth looking to remortgage.

But before you go anywhere, challenge your current lender to give you a new offer as it could reduce the fees you pay to get a new deal. Remember, it makes money from you, so it wants to keep your custom.

Remortgaging can save you serious money but it does so at a price. As mortgage interest rates have dropped, some lenders have significantly increased their fees. You may have to pay an exit fee to leave your current lender and, depending on your deal, an early repayment charge as well.

This doesn’t mean you shouldn’t remortgage though. Normally the savings will still be huge (especially if you have a large amount of mortgage debt) — but it does mean you should do your sums, and we’ll explain how, before taking the plunge.

Other reasons you may want to remortgage

It’s not just about saving money. It’s also about getting a mortgage which is right for you and your situation. So here are some more reasons to think about remortgaging:

Your mortgage doesn’t fit any more

You’ve had a pay rise or maybe you’ve inherited some money. You want to make extra payments to your mortgage but your current deal won’t let you, or it will only let you make a small overpayment.

Or perhaps you need to be able to miss a payment. Changing jobs or going back into education — whatever the reason, there are mortgages which will let you take payment holidays.

Maybe you’ve been tempted by different, whizzy mortgages which combine your savings with your mortgage (more about those later).

Whatever flexibility you want in a mortgage, chances are it’s out there. But remember lenders don’t offer these twiddly bits for free. Expect to pay for flexible features with a slightly higher interest rate. So don’t be tempted to go for bells and whistles unless you’ll actually use them.

It doesn’t do what it said on the tin

Millions of people in the UK were sold endowment mortgages in their heyday back in the ‘80s and ‘90s. Since then, nearly all of them have been told to expect a shortfall on their endowment.

With an endowment mortgage, your monthly payment does two things. Some of the money goes to your lender to cover the interest on your loan. The rest is paid to an insurance company which invests it on your behalf. What you’re not doing is paying off any of the capital you owe.

So if you borrowed £100,000 on an ‘interest-only’ basis, you will still owe the bank £100,000 when it comes to an end 25 years later. If you’re lucky the money you have invested will have grown sufficiently for you to use it to pay off some or all of the debt.

But if the investment is going to fall short — and millions of people were warned this could happen at the start of the 21st century — then you need to act now… if you haven’t already.

You’ll still be responsible for paying off your mortgage on the due date, even if your investment has performed disastrously. It’s your problem, not your lender’s. The most obvious answer is to convert some, or all, of your loan to a repayment mortgage to make sure you’ll be able to clear the debt. But it will cost more every month. Not only are you covering the interest you owe, you’ll also be paying off some of the capital. 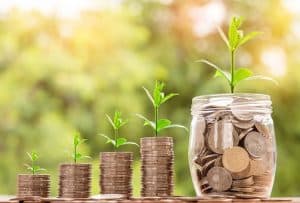 You then either cash in your endowment and use the lump sum to pay off some of your mortgage or keep it going as a separate investment. It’s a complicated decision — especially if you’re relying on the life insurance provided by the policy — and you may need to talk to a specialist independent financial adviser to help you.

In every case it makes sense to consider converting at least a portion of your loan to a repayment mortgage as soon as you can afford it, though you may be charged for doing so. Your lender will need to review affordability, so it could be worth shopping around anyway.

Some people plan to sell their house to pay off the debt, assuming the property value will have grown sufficiently in the meantime to leave them a tidy surplus. But where will you live then? And there’s no guarantee that what’s left will be enough to buy a smaller property or one in a cheaper area.

You want to borrow more

Perhaps your current lender has said no to lending you extra money (called a ‘further advance’) or the terms it’s offering aren’t very good.

Remortgaging to a new lender might allow you to raise money cheaply on low rates. Although watch out for fees — it isn’t always the no-brainer it seems.