An extra £100 can secure a mortgage

Just putting down 0.1% more than the minimum deposit can boost your acceptability, or at least cut the amount of documentation the lender wants to see. 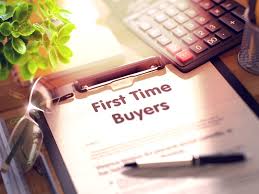 Stay out of your overdraft

If you’re constantly using your overdraft, this could be seen as living close to the edge of your finances, so avoid it if possible. In fact, some lenders may not tolerate you being in your overdraft at all in the last three months.

And if you’ve no choice but to be in your overdraft, should you be getting a mortgage?

Not just because their rates of interest are hideous, but because a few mortgage underwriters (the people who decide if you’ll get a mortgage) simply reject anyone who’s got such a loan as it indicates poor money management.

If you’ve lots of unused credit available, this can be seen as a negative, as you could borrow large amounts on a whim without passing a further credit check. Even if you’ve paid an old card off and stopped using it, it’ll still show up as active (as available credit) unless you write to the card company and shut it down. But there can be circumstances (such as shutting a long-standing account with an unblemished history) where closing cards could be seen as negative.

Get ready to start viewing houses.