It’s important to understand a mortgage is just a loan. Though, admittedly, a big one. However, it has two special characteristics. 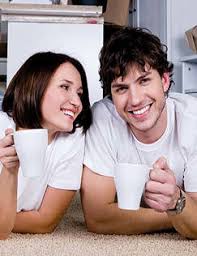 Unlike a bank loan or a credit card debt, a mortgage is what’s called ‘secured’. That means in return for lending you money, the bank uses the property as security for the mortgage.

While ‘security’ may sound comforting, it’s the lender, not you, that gets the security. It means if you get into problems and can’t repay, it has the right to repossess your home and sell it to recover the money you borrowed.

Not only that, but if it does repossess your home and the amount it gets from selling it doesn’t cover what you borrowed, you usually still have to pay back the remainder. That’s why ensuring you only borrow what you can afford is crucial.

There is no one-size-fits-all deal. The choice depends on your current and likely future financial situation.

Navigating through the plethora of deals on offer can seem bewildering, but it boils down to a series of consecutive choices — at each one write down your preferences, so when it comes to finding your mortgage you know what’s right for you.

“It’s important to understand
a mortgage is just a loan. Though, admittedly, a big one.”

Unless you have a compelling reason, repayment is the way forward. It’s the only option which guarantees you are actually paying off some of the debt every month. With an interest- only mortgage, you just pay the interest. Your monthly payment does not chip away at your actual debt — it just covers the cost of borrowing the money. After 25 years of paying the interest on a £150,000 loan, you would still owe £150,000.

While repayment costs more each month than interest-only, it has the big bonus that it pays off the original debt too, meaning you owe nothing at the end. And in the meantime, when you come to remortgage, you’ll have paid off more of the debt so you’ll be able to get a mortgage with a lower LTV and therefore a lower interest rate.

It’s hard to get interest-only

Frankly, for many these days there’s actually no choice. Several lenders have pulled out of offering interest-only mortgages.

This is because the regulator, the Financial Conduct Authority, is clamping down on them hard. It’s no longer any good relying on some future promise of bonuses or inheritance or house price rises to cover the capital.

Interest-only mortgages will only be offered in future where there is a credible plan to repay the capital, making them much rarer than they were. 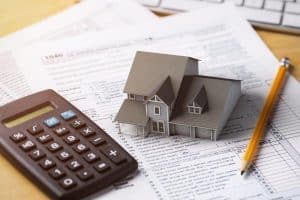 What is an interest rate?

While that’s simple, when you borrow a large amount of money over a long period — the interest can really rack up, even if the interest rate is low.

Your repayments are calculated so you’ll have repaid all the debt and the interest over the term you agree (eg, 25 years).

If you can afford to pay the debt more quickly, though it would mean a higher monthly payment in the short term, you could save serious cash over the life of the loan.

Many people, once they realise this, then worry that if they ever remortgage to another deal they’ll lose all the work they’ve put in to decreasing what they owe.

This isn’t true. Provided you keep the same debt and the same number of years left until it ends (ie, you have 14 years left to repay and you still intend to repay it in 14 years), then it stays the same.

Choice 2: What type of deal do you want?

This is the really big choice, and it’s never easy. There are many different types of deal but all fall roughly into two camps. They’re either fixed or variable. 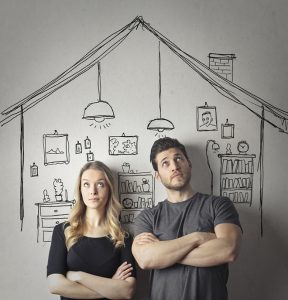 Here, regardless of what happens to interest rates, with a fixed mortgage your repayments are… er… well… fixed for the length of the deal. They don’t move. They’re like a statue, as still as a pyramid. OK, hopefully you’ve got it.

So whether you fix for two, three, five years or longer, it’s effectively an insurance policy against interest rates going up. Of course, if rates tumble (unlikely in current times) your payments won’t fall.

Like any insurance policy, this protection from rate rises costs. So all other things being equal, a three-year fix will generally have a higher rate than a three-year variable deal. So it’s worth evaluating how much the peace of mind is worth to you.

Then again, this isn’t always the case and there can be quirks — this is all part of the evaluation process.

If you’re worried you may need to move home within the term of the fix, check that you can move your mortgage with you (known as porting). If it is portable and you think you’re likely to move during the fixed period, check when you first apply whether the lender will raise the cost of borrowing if you need to borrow more to move into a larger home.

When a fix ends, most move on to their lender’s standard variable rate (see page 25), which can be costly.

PROS • Certainty. You know exactly what your mortgage will cost.
• Your payments will not go up over the life of the fix, no matter how high rates go.

CONS • Starting rates are usually higher than on discount products. • If interest rates fall, you won’t see your payments drop.
• If you want to get out early, you’ll pay high penalties.

Sometimes you will see stories in the press about fixed rates rising (or falling). This can be confusing. What they’re actually saying is the rate at which you can fix is rising. It’s a way of saying if you are going to lock in to a rate, do it soon — the speedy will save money.

But if you have a fixed-rate mortgage, you won’t pay any more during the term.

It’s important to understand that the rate at which you can fix with a new mortgage does move. So even when UK interest rates are stable, fixed rates change. They tend to follow the City’s prediction of long term interest rates.

Here, your mortgage rate, as the name suggests, can and will usually move up and down. The major, but not sole cause of this is changes to the UK economy.

In times of growth and inflation, interest rates tend to be increased to discourage spending. This makes saving more attractive and borrowing costlier — meaning people are less likely to borrow to spend.

In times of recession, interest rates are cut to encourage spending. 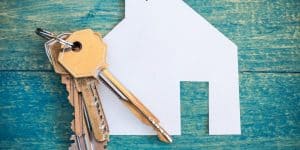 Here the rate tracks a fixed economic indicator. Usually it’s the Bank of England base rate. This means it’s completely locked in parallel with that rate.

But beware any small print that allows your lender to up rates even when the base rate hasn’t moved.

PROS • These are very transparent.
• You know that only economic change can move your mortgage rate, rather than the commercial considerations of the lender.

CONS • Uncertainty.
• If rates rise, so will yours.

Each lender has an SVR (or a rate with a similar name) which tends to roughly, but not exactly, follow the Bank of England base rate.

Rarely available to new customers, it’s the rate you go to when your introductory fixed or tracker special offer deal has ended.

SVRs can be anything from two to five or more percentage points above the base rate, and they can vary massively between lenders.

As the base rate shifts up and down, lenders traditionally move their SVRs, although not always by the same amount. For example, they may only drop rates by 0.2% when the base rate drops by 0.25%. But when it goes up they often increase it by at least the full amount, meaning they increase profits both ways.

Lenders are allowed to move the rate simply because it’s to their advantage. There are many examples of this happening, hiking people’s costs.

They can be cheap in some circumstances, but new mortgage customers are

rarely allowed to get them.

If interest rates are cut, your rate will likely drop too.

There is usually no early repayment charge, meaning the mortgage can be

paid back in full at any point without penalty.

Uncertainty.
• There’s no guarantee you’ll get the full benefit of all rate changes as you’re

at the mercy of lenders hiking rates at their will.

These deals usually offer a discount off a standard variable rate (SVR). The discount tends to last for a relatively short period — typically two or three years.

PROS • It should be cheaper than the underlying rate, such as the SVR. • If interest rates are cut your rate will likely drop too.

CONS • Uncertainty.
• If it’s a discount offt heSVR,there’s no guarantee you’ll get the ful lbenef it  of all

rate changes as you’re still at the mercy of lenders hiking SVRs at their will.

These used to be more common, but they are now pretty rare. Here you have a variable rate, but with a safety cap so it cannot rise above an upper limit.

The rate you pay moves in line with the base rate or SVR but there is an upper ceiling or cap which gives you some protection.

They tend to be offered when people are frightened rates might soar.

CONS • The cap tends to be set quite high.
• The starting rate is generally higher than normal variable and fixed rates.